With financial assistance from the CITYNET Secretariat, Baglung Municipality has begun construction of a public sanitation facility along the Pokhara-Beni highway, which connects two of Nepal’s urban and economic centers. This community-driven project is run by a nine-member User Committee, which was formed on June 12, 2013 to coordinate and monitor construction and results.

With a population of 26,379 as of 2008, Baglung contains 5,136 households. Sara Neupane, the CITYNET Nepal National Chapter Resource Person, gave us some background on Baglung Municipality.

“According to the data of a socio-economic survey conducted by Baglung Municipality, the literacy rate of Baglung Municipality is 84.4%. As per the data published by Municipal Association Nepal (MuAN) and Water Aid Nepal in October 2012, the availability of safe drinking water in municipal area is 100 %. Before declaring as Open Defecation Free (ODF) zone this municipality got data in access of sanitation by public was 84% and now after declaring it holds 100%.”

The Public Toilet Construction Project will increase the availability of safe and clean sanitary facilities for both the local public and travelers along the Pokhara-Beni highway, building on the great sanitation groundwork that has already been established. Below is the proposed construction site, which you can see is at the crossroads of a local Baglung roadway and the Pokhara-Beni highway.

The sanitation site before construction.

Great work Baglung, and we look forward to seeing the finished results! 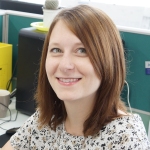 Disclaimer: The posts and comments on this site do not necessarily reflect the opinions of CITYNET or its members.

Me (on the left) and my other Canadian colleague, Firth (on the right), meeting with some local village children

My name is Julian and I recently worked as an intern for 6 months in the City of San Fernando’s  Environment and Natural Resources Office (Philippines), during which time I had the pleasure of working with CITYNET on the San Fernando eco-tanks project, while also working on other projects of the city’s sanitation and solid waste management programs. I was invited to contribute to this blog to share my experiences of working “on the ground” with San Fernando and CITYNET and to emphasize the importance of, and need for, proper sanitation and solid waste management in cities around the world.

As with many developing cities, San Fernando faces a major problem of contaminated groundwater (its primary source of drinking water), due to a lack of sewage treatment infrastructure and often poorly constructed / poorly maintained septic tanks. A past survey performed in the city showed that 56 out of 59 sampled surface groundwater wells were contaminated with fecal coliform bacteria and thus posed a serious public health risk, which helped motivate the city to begin working to establish a comprehensive sanitation program. In addition to soliciting assistance from CITYNET for the eco-tank technology (which provides small-scale, decentralized sewage treatment at a far more affordable and manageable scale for the city than a centralized treatment plant and piping infrastructure would), the city is also working to rewrite its Sanitation Code to enforce proper septic tank design and maintenance standards for all households and establishments, and, in tandem, is also constructing a treatment plant for septic tank sludge, so as to make the cost of residential septic tank desludging more affordable.

Thanks to San Fernando City’s dual membership in Sustainable Cities and CITYNET, getting the eco-tanks projects up and running and working on the details of the new Sanitation Code amendment were some of my main tasks. An important lesson that I rapidly learned was that even a relatively simple (in theory) project like eco-tank installation required the approval and support of many people, which necessitated many meetings, site visits, and correspondences to make decisions on: the site locations for the pilot tanks, the amount of funding that could be provided by each partner (San Fernando and CITYNET, as well as Rotary International and USAID), the details of the additional infrastructure that would be needed (e.g. amount of concrete, electrical supply, etc.), the plan for who and how the system would be installed, the necessary customs procedures and forms that would be required and the method of shipment desired for the tanks (which were manufactured in Bangkok), and the plan for community outreach and future expansion potential of the eco-tank pilot project, to name just a few! Most of these decisions have now been finalized and, currently, San Fernando has received their eco-tanks and is installing them in the selected pilot sites, with an outreach campaign and assessment stage to follow.

Because none of us in the city had had prior experience with this technology, we relied heavily on the technical advice of CITYNET and USAID representatives to assist in these decisions, which is why collaborative organizations like CITYNET and Sustainable Cities are, in my opinion, so essential for cities in pursuing ambitious development projects, as they provide information sharing that can greatly facilitate a project that may have otherwise been left simply as an idea due to lack of technical expertise. And now that San Fernando has gone through this process, the city’s technical staff will be able to repeat the process more quickly and easily. They will also be able to install eco-tanks in many other neighborhoods of the city, and assist any other partner city in developing their own eco-tank program.

Collaboration is also essential to allow all parties to more fully understand the unique circumstances of the project. The CITYNET and USAID partners and I could never have predicted or prescribed any effective ideas or solutions to meet the needs of San Fernando without having visited there first. But with us being on the ground and learning, for example, that some of the low-income informal settler areas of the city living with poor sanitation could not simply be legislated into cooperation with the septic tank or eco-tank programs, due to their homes being located on the land of a national government corporation, which the city had no authority over.  After meeting with the people, observing the way they live and surveying them about their sanitation practices, allowed us to make more effective decisions about how best to work with the community and city to target the highest sanitation risk areas without overstepping the city’s legislative authority.

Proper sanitation is, without a doubt, a major need for many developing cities, but, as I discovered in San Fernando, this definition needs to be adapted to each city’s unique circumstances. Sewage treatment plants are expensive, and if a few small-scale fiberglass tanks can do a similar quality job at a fraction of the investment, then it was the right project at the right time for San Fernando, but, for any number of reasons, may not necessarily as useful for a different developing city. I therefore hope to see an increase in collaborative projects like San Fernando’s, where technical expertise can be combined with local knowledge to formulate tailored solutions for each community!

I thoroughly enjoyed my time in San Fernando. The wonderfully warm climate, the abundant, exotic and delicious foods, and the incredibly open, friendly and generous people totally surpassed any expectations that I had about the city and country. Since my contract expired in September, I have traveled throughout Southeast and East Asia, and, while every country I visited had similarly wonderful aspects about it, I am still so hopelessly enamored with the Philippines that I am returning there for further travel (and hopefully some more work or volunteering) in January! I am eternally grateful for the excellent opportunity I was given to hopefully launch a career in international environmental work!

To read more about some of the technical aspects of the San Fernando sanitation and eco-tanks program, please visit the project’s blog: http://sfluseptage.blogspot.com/

To contact Julian Doczi please send an email to: juliandoczi(at)gmail.com

The posts and comments on this site do not necessarily reflect the opinions of CITYNET or its members.